For men, hair loss can feel inevitable. It doesn’t have to be. There are many different treatments for men that are available including hair transplants, which are designed to thicken thinning and balding areas, which can restore the look of a full head of hair again. 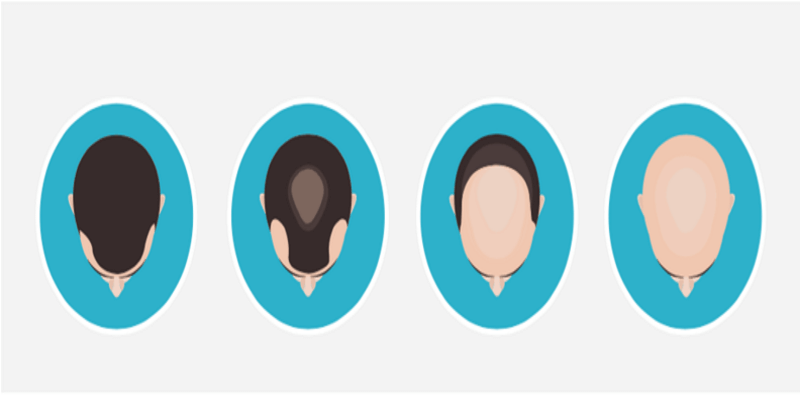 Male pattern baldness usually follows a pattern of receding hairline and hair thinning on the crown, and is caused by hormones and genetic predisposition. The typical pattern of male baldness begins at the hairline. The hairline gradually moves backward (recedes) and forms an “M” shape. Eventually the hair becomes finer, shorter, and thinner, and creates a U-shaped (or horseshoe) pattern of hair around the sides of the head.

What Are The Causes of Male Pattern Hair Loss?

As noted, male pattern hair loss is mainly due to hormonal changes. In particular, a hormone called dihydrotestosterone (DHT) can become imbalanced. Too much DHT in the scalp can lead to a shortened anagen phase, which will lead to reduced production of hairs. The hairs that do continue to grow will be much finer.

The chances of developing male pattern hair loss are significantly increased if someone else in your family has experienced the condition.

Male pattern hair loss begins with a noticeable thinning of the hair. You may begin to notice thinning around your temples. Some men first notice thinning towards the back of the head (crown). You also may notice more shedding than usual, such as in the shower or on your pillow in the morning.

There are several contributing causes of female pattern hair loss:

Some amount of hair loss is natural as we age, whether we are male or female.

Hormonal changes can lead to female pattern hair loss. For women, especially those who are going through or who have already experienced menopause, the likelihood of experiencing hair loss is much greater. In particular, changes in androgen levels (male hormones such as DHT) are responsible for not only hair loss on a woman’s head, but increased and coarser hair on other parts of her body.

If someone else in your family such as your mother, father or grandmother suffered from female pattern hair loss, you are more likely to develop the condition yourself.